The Mail Online published this article By Fiona Macrae in 2010.  The facts can’t lie; cancer is almost completely a man made disease. Meaning, it is CAUSED BY LIFESTYLE.

In absolutely NO WAY am I belittling the physical and emotional suffering which takes place by cancer patients and their families. My heart truly aches for the millions of lives affected by this illness.

The good news, no, the GREAT, AMAZING, and FANTASTIC news is that since it’s a man made and lifestyle induced problem, it also has a solution. And I like solutions, don’t you?

Cancer is a man-made disease fuelled by the excesses of modern life, a study of ancient remains has found.

Tumours were rare until recent times when pollution and poor diet became issues, the review of mummies, fossils and classical literature found.

A greater understanding of its origins could lead to treatments for the disease, which claims more than 150,000 lives a year in the UK.

Michael Zimmerman, a visiting professor at Manchester University, said: ‘In an ancient society lacking surgical intervention, evidence of cancer should remain in all cases.

‘The virtual absence of malignancies in mummies must be interpreted as indicating their rarity in antiquity, indicating that cancer-causing factors are limited to societies affected by modern industrialisation.’

To trace cancer’s roots, Professor Zimmerman and colleague Rosalie David analysed possible references to the disease in classical literature and scrutinised signs in the fossil record and in mummified bodies.

Despite slivers of tissue from hundreds of Egyptian mummies being rehydrated and placed under the microscope, only one case of cancer has been confirmed.

This is despite experiments showing that tumours should be even better preserved by mummification than healthy tissues.

Dismissing the argument that the ancient Egyptians didn’t live long enough to develop cancer, the researchers pointed out that other age-related disease such as hardening of the arteries and brittle bones died occur.

Even the study of thousands of Neanderthal bones has provided only one example of a possible cancer.

Evidence of cancer in ancient Egyptian texts is also ‘tenuous’ with cancer-like problems more likely to have been caused by leprosy or even varicose veins.

The ancient Greeks were probably the first to define cancer as a specific disease and to distinguish between benign and malignant tumours.

But Manchester professors said it was unclear if this signalled a real rise in the disease, or just a greater medical knowledge.

The 17th century provides the first descriptions of operations for breast and other cancers.

And the first reports in scientific literature of distinctive tumours only occurred in the past 200 years or so, including scrotal cancer in chimney sweeps in 1775 and nasal cancer in snuff users in 1761.

Professor David, who presented the findings to Professor Mike Richards, the UK’s cancer tsar and other oncologists at a conference earlier this year, said: ‘In industrialised societies, cancer is second only to cardiovascular disease as a cause of death. But in ancient times, it was extremely rare.

‘There is nothing in the natural environment that can cause cancer. So it has to be a man-made disease, down to pollution and changes to our diet and lifestyle.

‘The important thing about our study is that it gives a historical perspective to this disease. We can make very clear statements on the cancer rates in societies because we have a full overview. We have looked at millennia, not one hundred years, and have masses of data.

‘Yet again extensive ancient Egyptian data, along with other data from across the millennia, has given modern society a clear message – cancer is man-made and something that we can and should address.

‘About one in three people in the UK will get cancer so it is fairly commonplace in the modern world.

Scientists now say a healthy diet, regular physical activity and maintaining a healthy weight can prevent about a third of the most common cancers so perhaps our ancestors’ lifestyle reduced their risk from cancer.’

It’s October. Breast Cancer Awareness Month. Are you aware of Breast Cancer? Did you realize that one in EIGHT women are diagnosed with it?

Whether or not you are genetically at risk, the biggest factors are the CHEMICALS YOU ARE EXPOSED TO. You can do something about this.  And spending money on a pink bucket of fried chicken is NOT the way to do it.

That’s right, even KFC is getting in on searching for a “cure” for breast cancer.

Here’s an ABC article about the pink buckets from KFC.

I’ve recently seen some videos about breast cancer and preventing it.  I share them with you.

The first, supports an organization. I’m neither in favor or against the organization per say, but I do like the message in the video and thought it was well done.

Apparently this Christina Pirello has a TV show called Christina Cooks. I’ve been out of the country and away from TV for so long that I was not aware of it, but it seems like a good show; she takes traditional meals and teaches you how to make the healthier version. Here’s the link to her show site; there’s a great video there demonstrating clips from her show. Seems like a good watch.  Anyway, here she is discussing Breast Cancer Awareness. 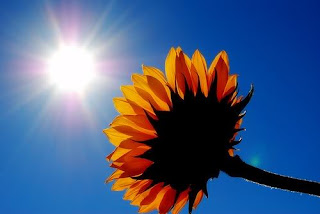 I’ve heard a lot lately about Vitamin D and its almost epidemic rate of deficiency. Apparently most of us are lacking it, and its lack causes or at least contributes to all sorts of problems: cancer, heart disease, chronic pain, Fibromyalgia, hypertension, arthritis, depression, inflammatory bowel disease, obesity, PMS, Crohns Disease, MS and other autoimmune diseases.
The Vitamin D Council states that Vitamin D deficiency can also cause stroke, osteoporosis, muscle weakness, muscle wasting and birth defects.

Apparently, we have been so taught to fear the sun (for causing premature aging and skin cancer), that we automatically spread on the sunblock, preventing us from getting what we need. So, we lack vitamin D, which as you can see, causes many, many health problems.

We need sunlight. Only 5-10 minutes each day is enough. More for those with darkly pigmented skin. 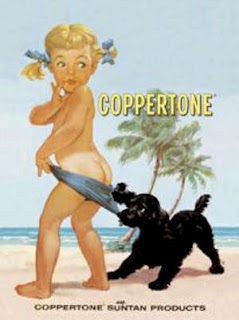 And about that sunscreen…..well, ironically, most are FULL of toxins that should NOT be put on our skin. Those toxins actually increase our chances of skin cancer, it seems.

According to this article from Enviromom, only 39 of 500 sunscreens are recommended by the EWG, for primarily 2 reasons:
1) Many sunscreens with high SPF claims don’t actually offer that much protection, giving consumers a false sense of security and potentially increasing the amount of time they spend in the sun. Sun burns and exposure to UVA radiation increase the risk of skin cancer.

2) Vitamin A is a common sunscreen ingredient and has recently been linked (via government data) to accelerated development of skin tumors and lesions.

This article on the NatualNews explains how “the idea that sunscreen prevents cancer is a myth. It’s a myth promoted by a profit-seeking tag-team effort between the cancer industry and the sunscreen industry. The sunscreen industry makes money by selling lotion products that actually contain cancer-causing chemicals. It then donates a portion of that money to the cancer industry through non-profit groups like the American Cancer Society which, in turn, run heart-breaking public service ads urging people to use sunscreen to “prevent cancer.”

And this article from Dr.Axe shares that “The great thing about the way God designed our bodies is that the very thing that can cause damage to our bodies (ultraviolet rays) also protects us from that very same damage. Dr. John J. Cannell tells us that when you are out in the sunshine, Vitamin D goes directly to your genes and helps prevent any sort of abnormality that could be caused by ultraviolet light.

That is why sunscreen can actually contribute to cancer. Aside from the high amounts of toxicity, sunscreen blocks Vitamin D production in your body and you are left without nature’s built in cancer-fighting protection.”

So pause a little before you slather on the sunscreen. Get some rays first, then use a more natural screen if you need to.

And purpose to get some sun on your skin each day. I do this while I’m hanging out my laundry. It’s my “replenish my Vitamin D” time.

What do you do for your sun time? Protection?